Exploring the land down south: The wonders of Southern Hokkaido! (Part 1) 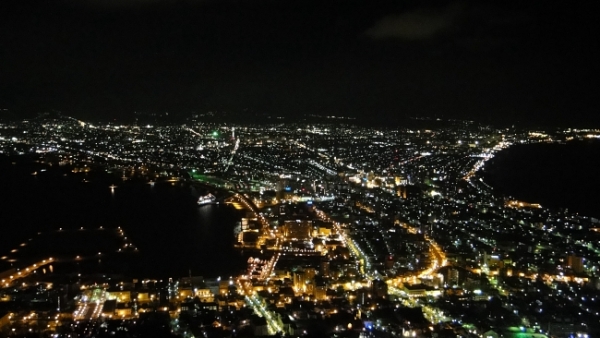 Mention Hokkaido (北海道), and what most people would immediately think of would be its capital, Sapporo (札幌市 Sapporo-shi). Indeed, it is the most famed city in the island, and also the most accessible for foreign tourists, being only 30 minutes away from New Chitose Airport (新千歳空港 Shin-Chitose Kūkō), the island’s international air hub.

There are many other regions within the vast island, though, all with their own quirks and charms—and one such area is Southern Hokkaido (道南 Dōnan). I am sure that most of you readers have been to Hakodate (函館市 Hakodate-shi)—did you know, though, that there are many other interesting sights and experiences to be had within the region? Read on to find out more about some of the other things you can do, and places you can visit the next time you visit Hokkaido!

Kikonai: A small fishing town with an interesting winter custom 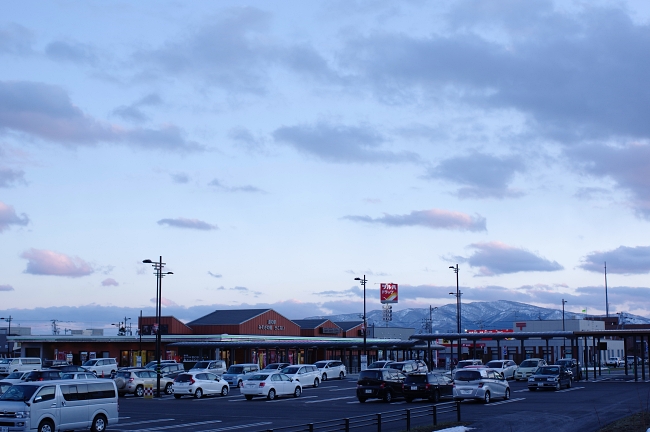 Kikonai itself, although not a very big town, has an assortment of tourist facilities that will whet your appetite, including an onsen that is situated right next to the sea, allowing for panoramic views of the Tsugaru Straits (津軽海峡 Tsugaru-kaikyō) as you relax and enjoy your soak. 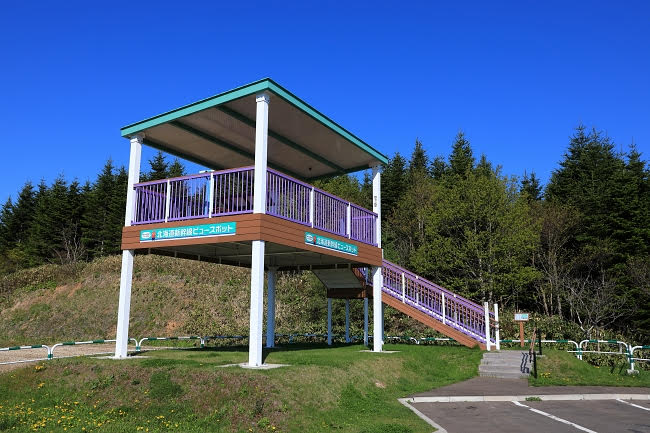 For shinkansen fans, how about heading over to the Hokkaido Shinkansen Kikonai View Spot (木古内新幹線ビュースポット) to take a few pictures of the trains as they depart and arrive from Kikonai? With an elevated viewing platform that allows you to look all around you, as well as a timetable detailing what times the trains pass by, toritetsu aficionados should definitely check this place out and get a few good shots!

Writer’s note: The telephone number given above is for the Kikonai Town Office. 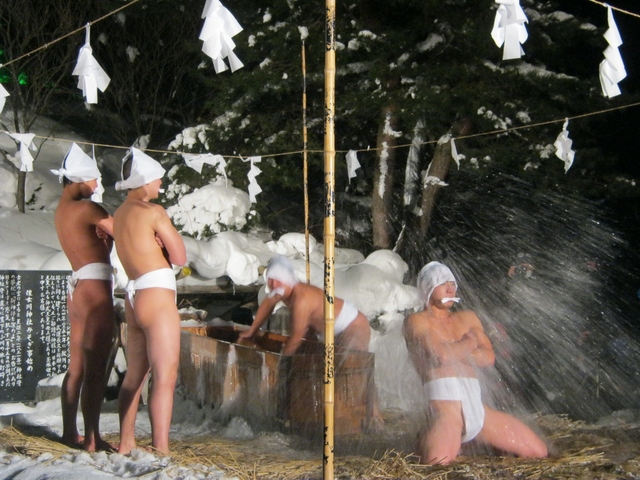 Kikonai’s main claim to fame, though, is its Kanchu Misogi Festival (寒中みそぎ祭り Kanchū misogi matsuri), started almost two hundred years ago in 1831 and held between the 13th and 15th January of every year. Misogi is a Shinto practice of ritual purification in which the body is cleansed through bathing in water—what makes the festival at Kikonai different from others is that it is carried out in the sea! 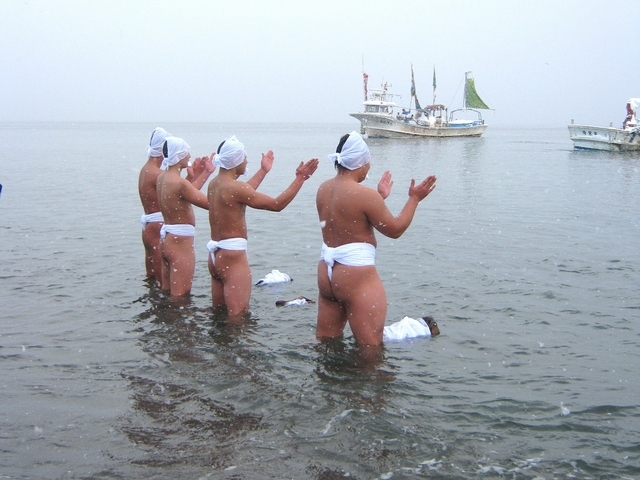 Every year, four selected individuals gather at Samegawa Shrine (佐女川神社 Samegawa-jinja), where they undergo preparations by bathing in cold water repeatedly over the 13th and 14th. The highlight of the festival happens on the morning of the 15th, where the four youths, cradling the four sacred objects of Samegawa Shrine, emerge from the shrine and make their way to the frigid winter sea. There, clad only in loincloths, they enter the waters and offer prayers for a bountiful harvest and plentiful catch that year. After the prayers are complete, they return to the shrine and offer prayers to the gods again, marking the end of the festival.

The torii at the entrance of Misogi-Hama, the beach where the main event of the Kanchū Misogi Festival occurs. (Image credit: 函館市公式観光情報サイト「はこぶら」)

While there are quite a few naked festivals, of which the misogi festival is a kind of, occurring across Japan the whole year, most of them are within the shrines or temples themselves—although there are one or two others where participants enter rivers, the one at Kikonai is quite possibly the only one which is carried out in the sea, and is something I would like to observe for myself someday!

Writer’s note: The telephone number given above is for the Kikonai Tourist Association.
Kikonai Station is a four-hour ride from Tokyo on the Hokkaido Shinkansen, with six Hayabusa trains a day from Tokyo stopping at Kikonai. Alternatively, two Hayate services in the morning that start from Shin-Aomori and Morioka respectively also stop at Kikonai en route to Shin-Hakodate-Hokuto. From Hakodate, Kikonai is approximately one hour via the Dōnan Isaribi Tetsudō Line, with nine trains a day heading to Kikonai. 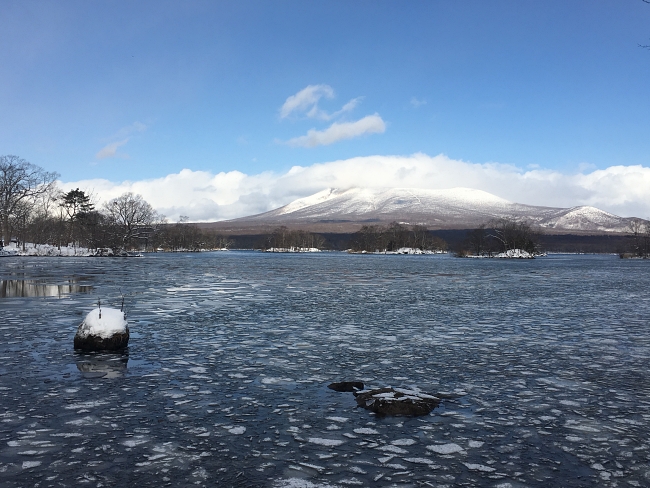 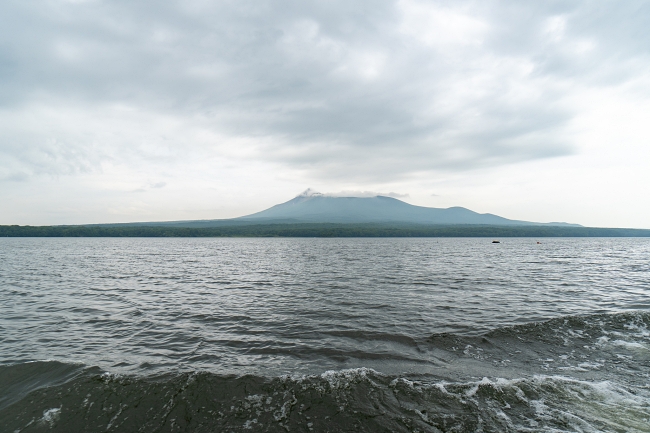 A different view of Hokkaido Komagatake, this time from atop the waters of Ōnuma. (Image credit: Bryan Tay)

Slightly further up north from Hakodate is Ōnuma Quasi-National Park (大沼国定公園 Ōnuma-kokutei-kōen), which encompasses Hokkaido Komagatake (北海道駒ヶ岳), an active volcano, as well as two ponds formed through its previous volcanic activity, Ōnuma (大沼) (from which the park got its name) and Konuma (小沼).

The boats that one can take for a ride around Ōnuma. (Image credit: Bryan Tay)

Spanning over 9,000 hectares, there is so much to see and do in the park—there are a total of four walking courses spread out across the park, allowing you to leisurely trek through the park and enjoy the views of the ponds, as well as Komagatake, and all the surrounding nature! The courses take anywhere from 20 to 50 minutes, and the walkways are all properly laid, so there is no need for specialised hiking equipment. For those who want to explore the whole park and cover all of the trails, bicycles can also be rented from either of the two shops right outside JR Ōnuma Kōen Station (大沼公園駅 Ōnuma-kōen-eki).

For the more adventurous who would like to canoe on the waters of the ponds, canoes can also be rented at a shop outside JR Ōnuma Station (大沼駅 Ōnuma-eki) for 2–3 hours. There are also cruises for those of you who would like to ride on the waters in a more relaxed manner, so why not take the chance to enjoy all the scenes the park has to offer from a different angle?

All the above-mentioned activities can be done from spring to autumn. Come winter, though, there is another activity that can be enjoyed: Japanese smelt fishing (ワカサギ釣り wakasagi-tsuri)! Unlike the images that may be conjured by the mention of the word “fishing”, though, Japanese smelt fishing is far simpler—a hole is drilled in the ice of the frozen lake surface, and all one has to do after that is lower a line with bait attached to the hook, and wait for the smelt to bite! I managed to experience this for myself when I went to Ōnuma Park in winter—as it was early in the season and the ice had not fully formed yet, the fishing took place within a tent erected atop the pier, an added bonus since I did not have to fear the elements too much! 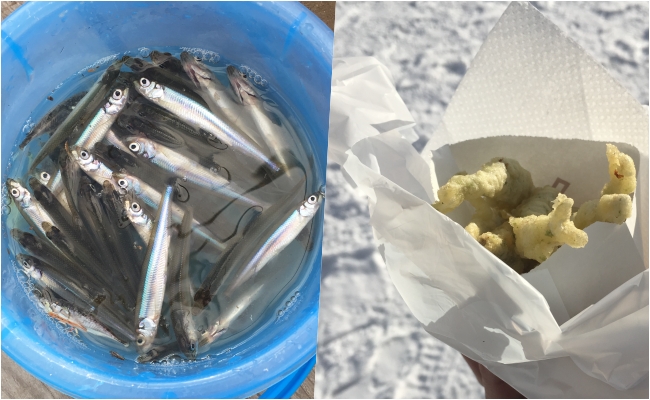 The before and after of my catch... (Image credit: Kevin Koh)

Though it was my first time fishing for Japanese smelt, I was amazed at how easy it was to fish for them, because they just kept coming and coming! Perhaps they were hungry or something, or maybe it was beginner’s luck, but in the 30 minutes or so I fished, I managed to net so many of them I stopped counting after a while! (Admittedly around 20 of them were given to me by a kindly old couple who, after fishing for 10 minutes, stopped as they had to return to their tour group, but even without their contribution I had over 50 of them!)

Japanese smelt are usually enjoyed fried—you can either buy already fried ones from the stand managing the fishing there, or you can take your catch to them and they will cook it up for you at an additional fee! Talk about enjoying your catch fresh—straight out of the fryer, the fish were crispy and adequately seasoned, and I definitely enjoyed snacking on them! Their small size meant that I unfortunately ran out of them way too quickly...

Writer’s Note: The number given above is for the Nanae Ōnuma International Tourism and Convention Association. 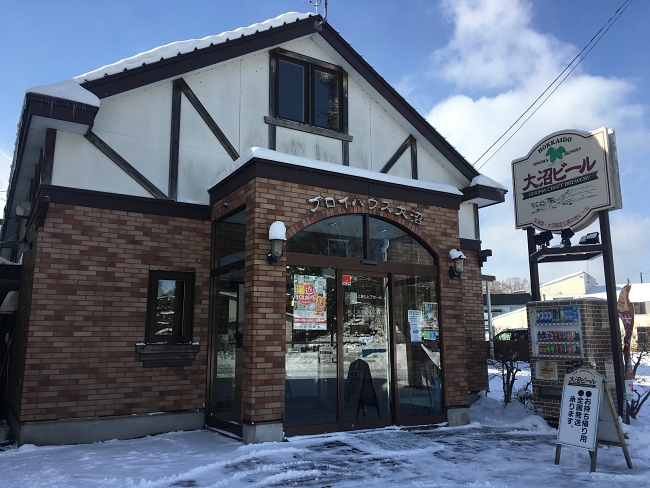 Ōnuma Quasi-National Park is also home to Bräuhaus Ōnuma (ブロイハウス大沼), a craft brewery selling their brews, made with natural alkali ion water from the mountains of Hokkaido, under the Ōnuma Beer (大沼ビール) moniker. In addition to cans and bottles, the bräuhaus also offers beer on the tap, as well a selection of small bites made using local ingredients, like sausages and cheese, so enjoying a pint or two, as well as a few dishes, is another way to spend an afternoon thereafter hiking about the park earlier in the day! 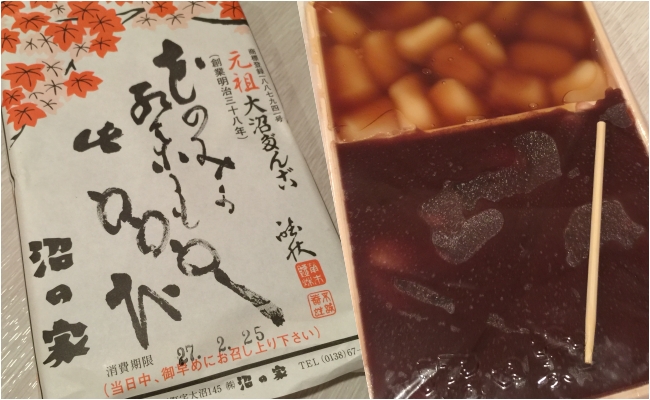 For those who prefer something sweet, how about taking away a box or two of Ōnuma dango (大沼だんご)? Unlike regular dango, which are fairly large and round, Ōnuma dango are small, and come blanketed under a layer of mitarashi sauce (みたらしタレ mitarashi-tare), a sweet-salty soy sauce-based sauce, red bean paste, or black sesame paste. They are so presented because the layer of topping is said to resemble the waters of the ponds, and the dango the many islands that can be found in the ponds. Although there are two manufacturers of Ōnuma dango, Numa-no-ya (沼の家) is the original maker, though the other, Taniguchi Sweets Shop (谷口菓子舗 Taniguchi-kashi-ho), does sell all three flavours together in a box, unlike Numa-no-ya which offers only two.

A word of caution, though—as these sweet treats are freshly made on site without preservatives, they do not travel well and last for only a day, it is best to consume them as soon as possible before the dango become too hard! In fact, the shops recommend that you consume them immediately after purchase, with both shops offering eat-in areas. Alternatively, you could purchase a box and consume it while on the train to your next destination!

Though most people’s thoughts immediately turn to Hakodate when asked for tourist attractions in Southern Hokkaido, there is so much more to see and do in the area as well! Hopefully the two places I have introduced this time will find their way onto your list of things to do when you next visit Hokkaido. Stay tuned for part two, where I introduce two other spots of interest in the region.

Having been connected to the language for almost twenty years, Kevin dreams of going back to Japan one day, after spending several years there as a student. His hobbies include travelling via train and looking at the scenery out of the train windows, and his favourite lines include the JR Gonō Line and Sanriku Railway Rias Line.
View More

Get transported to the Mediterranean wit...

Discovering the antenna shops in Tokyo Exploring the land down south: The wonde...